Add to My interests

The ECJ just rendered a decision on the application of the suspension provisions of Article 103(3)b and 124(1)a of the UCC to customs debts incurred pursuant to the CCC before 1 May 2016 that had not yet become time-barred on that date, and rules that this application does not infringe with the principles of legal certainty and protection of legitimate expectations.

As of 30 October 2013, the Union Customs Code (‘UCC’) entered into force and replaced the then applicable Community Customs Code (‘CCC’). However, most provisions relevant to legal practice did not enter into force until 1 May 2016. This also applies to the provisions that play the leading role in the recent judgment of the European Court of Justice (‘ECC’) of 3 June 2021 rendered in case C-39/20 (Jumbocarry Trading GmbH) as a result of a reference for a preliminary ruling by the Dutch Supreme Court. Presumably to the disappointment of interested parties who anxiously awaited the outcome of this referral case about the vicissitudes of transitional law, the ECJ has ruled that the suspension provision of Article 103(3)b UCC can be applied to customs debts that have been incurred under the CCC and that were not yet time-barred on 1 May 2016. Thus, debtors with ‘old’ CCC debts must equally take into account that the regular period within which the customs authorities of the Member States may notify customs debts, is effectively not limited to three years, but is extended by the 30 days period during which the customs authorities have notified them of their intention for recovery by virtue of Article 22(6) in conjunction with 29 UCC, and they have been given the opportunity to respond thereto.

Issues in the transition from CCC to UCC

With this ruling, the ECJ exclusively authorized to interpret EU law, has provided clarification in respect of one of the main issues of transitional law that has occupied the minds of practitioners of customs law in recent years following the entry into force of the UCC. Although not much has changed in terms of content, there are a number of striking differences between the CCC and UCC. Looking back now in June 2021, more than five years after the legislative change, the number of cases where these issues can play a role is logically decreasing. Still, there are certainly a few other unanswered questions, for example the application of interest on arrears, ex Article 114(2) UCC, on debts incurred under the CCC. Also a novelty that was introduced by the UCC, and that is enthusiastically applied by Member States customs authorities on CCC debts, although, contrary to the letter of the provision, not “from the date on which the customs debt was incurred”, but per 1 May 2016. Time will tell whether the remaining issues will be settled in favor of the litigants or the EU treasury. For the time being, the ruling in the case of Jumbocarry does not give too much hope. What was this case about?

On 4 July 2013 Jumbocarry had lodged an import declaration for free circulation to Dutch Customs in respect of a consignment porcelain goods indicating Bangladesh as preferential country of origin. The duty rate applied was 0%. Following an audit, Dutch Customs established that the certificate of origin was false. The application of the standard rate of 12% of the value would adversely affect Jumbocarry as declarant. Therefore, Dutch Customs communicated on 1 June 2016 its intention, in accordance with Article 22(6) UCC in conjunction with Article 29 UCC, to impose a post-clearance assessment and recover the underpaid duties. In accordance with Article 8 of the UCC Delegated Act Jumbocarry was given a period of 30 days to express its view on the matter. On 18 July 2016, Dutch Customs notified Jumbocarry by means of a ‘request for payment’ of the customs debt that had been incurred under Article 201 CCC on 4 July 2013, the date of acceptance of the import declaration. By then, already more than three years had lapsed since the date on which the debt had been incurred.

In the appeal proceedings following the imposition of the debt, Jumbocarry logically argued that the customs debt had meanwhile become time-barred, and that the suspension provision of Article 103(3)b UCC could not be applied to a CCC debt. After all, in the CCC there was no provision suspending the three-years limitation period for the 30-days period of the prior communication and the response to that. The customs chambers of the district Courts of Noord-Holland and the Court of Appeal of Amsterdam ruled in favor of Jumbocarry, but the State Secretary for Finance did not accept this outcome and filed an appeal in cassation with the Dutch Supreme Court.

Doubting the correct interpretation and application of the relevant provisions, the Supreme Court referred the case to Luxembourg for the final say. In a relative short judgment the ECJ has rendered a decision that is not in favor of Jumbocarry and, indirectly, many market operators who have submitted the same ground of appeal in their respective cases challenging customs claims regarding CCC debts imposed more than three years after the date of incurrence of the debt through applying the suspension provision of Article 103(3)b UCC. The main elements of the ruling of the ECJ are:

The ECJ has passed its judgment and unfortunately not in favor of market operators. In this context the argument of seeking a balance between two objectives, namely on the one hand protecting the debtor’s right of defence and, on the other hand, protecting the financial interests of the EU, seems somewhat inappropriate to me. After all, under the CCC, it had long been established case-law (Sopropé) that customs should not impose a customs debt abruptly without prior communication, but already had an obligation of prior communication. Of course it is to be welcomed that this obligation of prior communication has been codified in the UCC. However, I do not immediately see why, in that context, the period for making the notification of the debt should effectively be extended by 30 days in respect of customs debts that were lodged under old legislation that provided for a strict three-years timebar, and equally respected the right of defence based on case-law, but then still within the three-years period.

Jikke Biermasz is attorney-at-law and partner at Ploum, and part of the Customs, Trade & Logistics practice group. 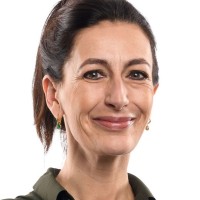 Respond to this article